Reeperbahn Festival 2022 | This year’s ‘Made in France’ artists

From 21st to 24th September 2022, the Reeperbahn Festival returns with a typically eclectic line-up and numerous emerging international acts. A huge variety of events will cater for the tastes of fans, journalists and professionals, across various venues. Since it began in 2006, Reeperbahn Festival has become one of the key meeting places for the music industry and demonstrates that its possible to create a program that is of interest to industry delegates as well as the public.

16 shows from ‘Made in France’ artists feature in the programme, as well as the premieres of two French films. 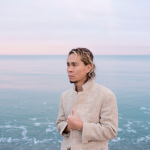 His music is a dance across keyboards, that runs from gentle ripples to intense staccato, and which can trigger nostalgia as well as feelings of limitlessness. Koki Nakano is at the apogee of his art on the album Oceanic Feeling, released this year, which allies a post-minimalist harmonic design with chamber jazz and a deliberate emotional haziness. Depending on the mood and the setting, Nakano’s sonic language can trigger wildly different responses in his listeners. 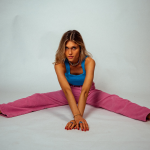 Only two years after the first signs of musical life exhibited on the single ‘My World So Blue’, Anaïs is already starting to impose her vision of German pop music, making music that is catchy and infectious and living in a modern, independent way. Exceptional production values, clear-as-crystal vocals and arrangements that blend electronic pop, downtempo beats and traces of velvety soul complete the picture. She will be playing for a second time on Thursday. 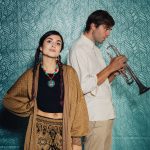 Ladaniva brings together influences from around the world to create rhythmic tableaux that speak of understanding and community, but also of the beauty of all the world’s cultures. It is precisely this diversity that suffuses songs like ‘Vay Aman’ and ‘Kef Chilini’, with which the duo have accumulated millions of streams. In Armenia, in France and in southern Europe, Ladaniva have forged a community of faithful fans over the last few years and played in all manner of locations – on the roofs of buildings, beach bars, clubs and parks. 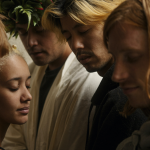 Since their creative endeavour began, QuinzeQuinze have demonstrated, impressively, the extent to which human forms of expression can be rich and limitless. Their debut EP, Nevaneva, which was accompanied by a short film of the same name, already laid out the quintet’s intention clearly, with its spectacular musical and visual qualities: to fold reality and intoxication, hallucination and dreams into each other. It’s a thoroughly original music, at once modern, young and with a lively critical spirit. 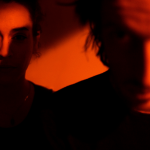 With their oriental electro-funk from the north of France, which easily transcends all cultural borders and is equally inspired by arabic scales and techno beats, Taxi Kebab have found a formula which has allowed them to project their multi-dimensional stylistic distinctiveness on to international stages. With their highly danceable sound, Taxi Kebab switch lanes between electro-pop, funk, house and the Arabic influences from Fairuz and the Rahbani brothers to Omar Souleyman, without ever losing their way. 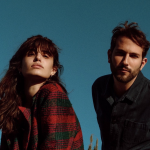 Sometimes all it takes is a fanciful notion aired during a birthday party and a broken guitar that happens to be lying around to give birth to one of the more interesting musical projects to emerge from a country. That’s exactly what happened for Gil Landau and Yael Shoshana Cohen: their most recent album Someday Tomorrow Maybe (2020) demonstrates impressively the way in which their delicately psychedelic, 60s-influenced sound can accommodate synthpop and indie-folk, which both find their place in an overall sound that is increasingly catchy.. 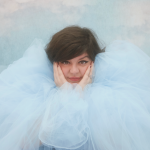 With her name inspired by a Frank Ocean Mixtape, Nostalgia, Ultra, a sound influenced by her Spanish grandfather and the icons of 60s chanson and a stage presence which reveals her unique strength of character, November Ultra is a singer of the kind that comes along once a decade (if that). Art has always surrounded her and been part of the fabric of her life, and you can hear it in every syllable pronounced on her debut album Bedroom Walls, released this year. 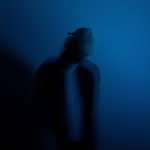 The chilly, crystal-clear sound of Lydsten’s music has Scandinavia’s majestic landscapes in its DNA – something which is apparent in his name, which means ‘sonic stone’ in Danish. Lydsten builds incredibly infectious techno rhythms from futuristic samples, which interact with breakbeats and melodies that are like summer night’s dream. The perfect soundtrack to the final hours of a rave in the morning light on a remote North Sea beach, or for an journey by elevator to the moon. 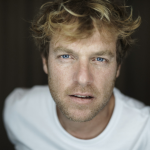 Under the name French 79, Simon Henner has been making exquisite progressive house with elements of electro-pop and synthwave, that he combines into a danceable whole. From his first two albums, Olympic (2016) and Joshua (2019), to his most recent banger ‘4807’, the Frenchman’s style has continued to evolve without ever compromising the sumptuous production values that draw crowds around the world. 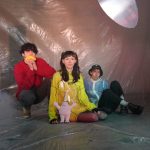 Tapeworms have positivity to burn, allowing Margot, Théo and Eliott to transform their real-life failures, which would lead others to despair, into creative energy, channelling them into a furious and unique mix of styles. What initially sounds like a wild, rough-edged jumble reveals itself, on debut album Funtastic (2020), to be a savvy melding of their influences and a frequently joyous experience. 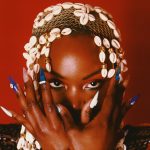 Kuduro and rap, la samba-soul and moombahton were the early influences on Engrácia Domingues’ sound when she decided to call herself Pongo, as a homage to a feminist singer from border region between Angola and Congo, who died in 1990. It was under this name that she began to craft an this energetic mix of styles aimed at clubs at festivals, marrying ecstatic dancing to the sharp lyrical volleys of rap, and which has for the past three years been energising sweaty parties across Europe for the past three years. 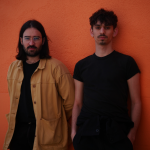 Gabriel Renault and Antoine Talon are alchemists and technologists who have dedicated themselves to live music experimentation, but also getting to the heart of their machines. Under the name ATOEM, they produce tracks which are virtually cinematic, and which meet at the frontiers of ambient techno, French tech-house and dramatic synth-pop elegance. They are already renowned for their audio-visual shows that are both futuristic and wholly contemporary. The results are unforgettable. 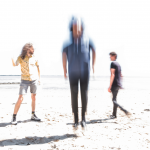 The name of the group Temps Calme isn’t merely an antidote to a reality which is careering towards catastrophe. The sound of the French trio uses a tried-and-tested sound palette to counter the madness of our times: progressive electronics, krautrock, psychedelic pop and tonal experimentation coming from all sorts of unexpected directions create a cinema of the mind in which the band are constantly introducing new storylines, sets and unusual images that are sometimes dreamlike, but sometimes extremely lucid. 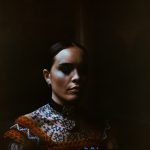 As agile as a gazelle, Amina Cadelli has been blending musical styles from different continents and eras to create her own sonic language from the start. Under the name Flèche Love, the multi-talented singer and dancer has already forged a reputation as a newcomer to watch in the field of experimental art pop and modern R’n’B. After you’ve listened to tracks like ‘Umusuna’ and ‘Bruja’, and seen the accompanying videos, you really start to understand the degree to which Flèche Love is breaking new ground. 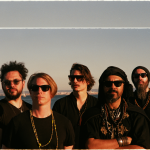 It was his profound live for the Eastern psychedelic pop of the 60s and 70s that inspired Thomas Bellier to create Al-Qasar. Conceived and produced in a truly transcultural manner, their debut album Who Are We? is a mirror of our modern societies in which music and art in general are the product of a diverse amalgam of traditions. A great band is ready for lift-off. 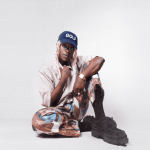 Signed to French label Decca , YellowStraps were founded in Brussels by brothers Yvan and Alban Murenzi as an engaging modern, neo-soul project that has been proudly supported by the Belgian rap scene (Romeo Elvis, Le Motel, L’Or du Commun and others) from the beginning. The Berlin-based Colors channel has also supported the project from the start. With a new release imminent, the duo has turned into a a solo project (Alban has left, Yvan has stayed) and enlarged its musical horizons without losing sight of its musical DNA. 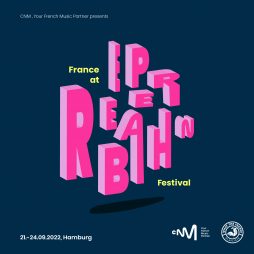