Although Serge Gainsbourg (April 2nd 1928 – March 2nd 1991) requires no introduction, it’s always worth taking a closer look at his work and the many musical reference contained within it.

Having received classical piano training from his father Joseph from the age of five, it’s no surprise that many of Gainsbourg’s songs borrow from the classical repertoire. This is what our playlist ‘Gainsbourg’s Got Class(ique)‘ aims to show, alternating between his works and the classical pieces they reference.

‘Poupée de cire, poupée de son‘, written for France Gall and winner of the 1965 Eurovision song contest, is inspired by Beethoven‘s ‘Piano Sonata No. 1’. In the same way, Gainsbourg would later refer to Beethoven’s ‘Piano Sonata No. 23’ on ‘Ma Lou Marilou‘.

His 1968 tribute to Brigitte Bardot, ‘Initials B.B‘, makes use of Dvořák‘s ‘New World Symphony’ (Symphony No. 9), while Chopin would become one of his main inspirations from 1969 onwards. ‘Jane B‘, written for his beloved Jane Birkin, is based on Chopin’s ‘Prelude Op. 28, No. 4’, and the ‘Étude Op. 10, No. 9 in F minor’ serves as a basis for ‘Dépression au-dessus du jardin‘ which he wrote for Catherine Deneuve. He would even restyle the ‘Étude Op. 10, No. 3 in E major’ for the controversial 1984 single ‘Lemon Incest‘, before sampling Aram Khachaturian‘s ‘Andantino’ on the duet ‘Charlotte Forever‘ with his daughter Charlotte.

The piece of light classical music ‘In A Persian Market’, composed in 1920 by English conductor Albert Ketèlbey, was his inspiration for the track ‘My Lady Heroïne‘. But all in all, Gainsbourg’s major influence remains the Romantic era, whether it is Brahms or Norwegian composer Edvard Grieg, which he both adapted for the hits he wrote for Jane Birkin.

Want to find more? Listen to the playlist ‘Gainsbourg’s Got Class(ique)‘ now: 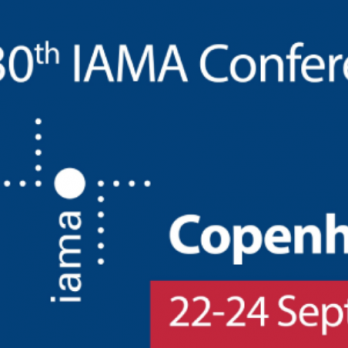 IAMA Conference 2021 | This year’s made in France ensembles playlist The International Artist Managers’ Association (IAMA) – is the only worldwide association for classical music artist managements. It is de...
Show filters