The Great Escape, the festival that has become a reference for new music, returns every year with four days of concerts over 35 venues in Brighton. After two years in which holding a physical event hasn’t been possible, this year it will be back to its seaside home.

A new artist announcement has been made, and several ‘Made in France’ acts feature in the list. Bryan’s Magic Tears, QuinzeQuinze, Portron Portron Lopez, Unschooling, Crystal Murray, November Ultra & Elliott Armen have been added to the previously announced Unschooling, alongside international names like Rebecca Black, The Amazons, Yard Act, Sinead O’Brien, Baby Queen and many more.

Here are the show times: 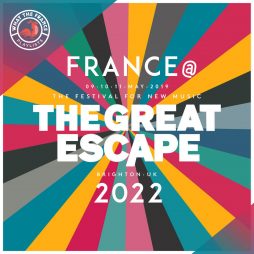