Three years after her debut Retiens mon désir which made her one of the most promising new talents on the new French pop scene, Cléa Vincent is back with her sophomore album Nuits sans sommeil, introduced by the two fine singles ‘Nuits sans sommeil‘ and ‘Dans les strass‘.

This album finds the inspired singer-songwriter exploring a more introspective side, moving away from the 80s sounds that made her success in the first place and developing a kind of nocturnal pop characterised by soothing, hazy rhythms and passionate lyrics – see her duet with Voyou, another French pop talent who released his debut album last month.

Find Cléa Vincent and other made in France pop hits in our ‘Pop The Champagne‘ playlist: 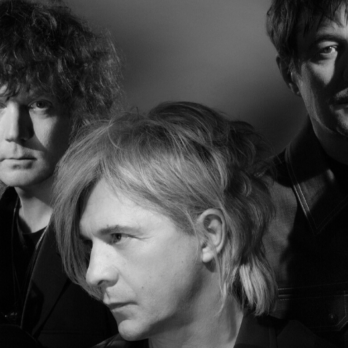 Indochine | A Best Of and a stadium tour for their 40th anniversary Retracing the story of Indochine is a bit like revisiting the last 40 years of French history. Since the French rock group started out, there have bee... Release

June Feature Artist | Theo Lawrence Dust off your cowboy hat, pull on your boots and immerse yourself in the sounds of something very different from a French artist. It doesn’t matter ...
Show filters