Le Commandant Couche-Tôt | Climb on board for an odyssey 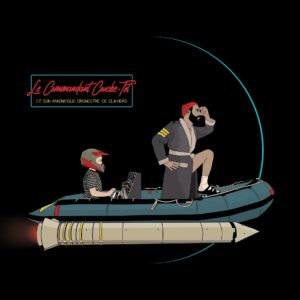 In search of a mysterious island

Le Commandant Couche-Tôt is the project of French keyboard player Anthony Malka, who is based in Berlin. After five albums and 150 shows with his electro-funk trio The Hoo, he decided to take his piano compositions further. Sketches accumulated over the years formed the basis of this beautifully crafted EP, with six tracks taking you on a 17-minute odyssey. Each track skillfully illustrates a chapter in the discovery of a mysterious island and the surprising meetings with its inhabitants.

On the EP, Malka collaborated with Berlin groove experts like Hervé Salters of General Elektriks, who enriched the project with a memorable clavinet solo on ‘S.O.S’, and jazz guitarist Paul Audoynaud whose rich, filmic arrangements help trace the contours of the journey.