Robin Schulz’s remix of their track Prayer in C put them on top of the charts around the world. Seven years later, the band Lilly Wood & The Prick are back with their fourth album Most Anything. 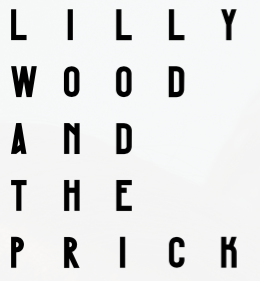 With a name intended to reflect the transition from childhood to adulthood, Lilly Wood & The Prick are a French duo whose fusion of electro, folk, new wave, and funk with simple and poetic lyrics has marked them out as one of the country’s most enchanting pop acts.

Released in May this year, Most Anything is the duo’s fourth studio album, featuring 14 full-length tracks that have been heavily influenced by Nili and Benjamin’s teenage years. Shola Ama influenced the voice, Fleetwood Mac for the mystical concept of pop, Lenny Kravitz for the funk guitars, and the Red Hot Chili Peppers for the elliptical rhythms. The result is an astonishing album of contrasts, going in all directions whilst following its own stylistic path. We cry, we dance, we rebel, we wonder, and we hope.

“YOU WANT MY MONEY”

‘You Want My Money’ denounces our society of overconsumption where we get lost until finally having nothing more. An uptempo and direct track bolstered by a video produced by the group where the images speak for themselves and denounce the absurdity of our society with humour and urgency. Jérôme Niel, a famous French YouTuber and actor plays one of the three main characters in the video.

Acting makes you happy! As part of the launch of the YWMM video and single and of the album, Lilly Wood And The Prick teamed up with GOOD PLANET, the foundation set up by famous photographer, reporter, director, and ecologist Yann Arthus-Bertrand for a lasting collaboration throughout the album launch.

“An observation that we are the sum of all his songs. It is perhaps the most accomplished track on the album and our favourite.” Lilly Wood & The Prick

Lilly Wood & the Prick was formed back in 2006 by French-Israeli vocalist Nili Hadida and Parisian guitarist Benjamin Cotto, meeting through a mutual friend outside a café, they sparked such a creative bond that they began writing songs together almost immediately. In 2008, they uploaded a cover version of Santigold’s ‘L.E.S Artistes’ to their MySpace, attracting the attention of singer-songwriter Pierre Guimard, who then released their debut EP Lilly Who & the What through his Choke Industry label. Fast-forward to 2021, not only does the artistic chemistry between Nili and Benjamin still exist, but they have matured, now yearning to return to the source of their artistic careers; a patchwork of influences, clearing the way for the organic and the electronic.

With more than a billion streams, the famous remix by Robin Schultz gave another dimension to the band, who back in 2014, topped the charts in Austria, Germany, Switzerland, Luxembourg, France. Netherlands, Belgium, Greece, Italy, Hungary, Czech Republic, Slovakia, Poland, Denmark, Finland, Mexico, Norway, Sweden, Romania, Portugal, Spain, Republic of Ireland and the United Kingdom. It also reached the Top 10 in Australia and New Zealand and charted in the Top 40 in Canada and United States. 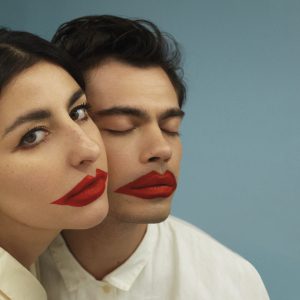