What the France Festival 2019 | Competition

We’re having a prize draw to win exclusive, free tickets for the What the France Festival 2019 at FluxBau in Berlin!

What the France is teaming up with FluxFM and Kaltblut for the sixth edition of the What the France Festival. For one night at the FluxBau venue, three ‘Made in France’ acts will be taking to the stage: songwriter and producer M.I.L.K. with his groovy, summery retro-pop, Buvette‘s cosmic electro-pop and Suzane, a free-spirited singer navigating between chanson and electro. But it’s no ordinary festival: tickets won’t be on sale and can only be obtained by taking part in the competition below or via our media partners FluxFM and Kaltblut!

To find out more about the festival, click here.

Ben. fka Ben L’Oncle Soul | Win access to a VIP Zoom Apero with Ben. Following the release of his album Addicted To You the artist will join us for a very private Zoom Apero on Wednesday June 10th, 7pm AEST. (*limited t... Competition 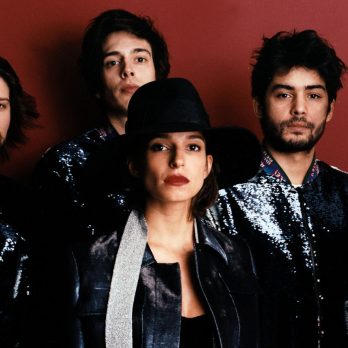 L’Imperatrice | Win two tickets to L’Imperatrice’ show in New York Following the worldwide release of the Deluxe Edition of their album Matahari, L’Impératrice will be touring in the US for the first time in May ! ...
Show filters