Fans of music are looking for a live music fix. KO KO MO have come to the rescue with the release of the full ‘Lemon Twins’ live tour concert! Move back the couch, put it on the big screen and get ready to rock, because this live performance will blow your house socks off!

Bristling with energy and exceptional talent, duo KO KO MO are happy to carve their own path – from France’s indie-rock scene to global domination! They may be following in the hallowed footsteps of other famous rock duos like Plant and Page, Royal Blood and The Black Keys, but this pair are determined to carve out their own legacy, bringing a raw, fresh and fearless live experience to a new audience.

While Warren Mutton throws himself around the stage with abandon, playing guitar, wailing and demonstrating rock chops to rival the greats, Kevin “K20” Grosmolard lays down the drums like his life depends on it. What is a rock show if the drummer doesn’t rip his shirt off and belt the skins with everything he’s got, getting so into it that he often stands up to really put his back into it.

Experience it for yourself!

350+ shows around the world

“Once you witness one of their live shows, you’ll be hungry for more.”

What is it that two guys from Nantes, in the western region of France, have that is so special? It starts with the innate and raw power of rock music that explodes at every chance they get. Once you witness one of their live shows, you’ll be hungry for more.

Following the success of their 2017 debut album, Technicolor Life, the pair embarked on over 350 shows around the world, including a whirlwind summer tour of Australia, playing the always fantastic NYE on the Hill. 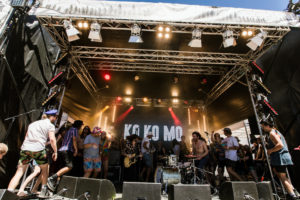 Lemon Twins is a more adventurous, powerful and impactful piece of work that the group is even more proud of. 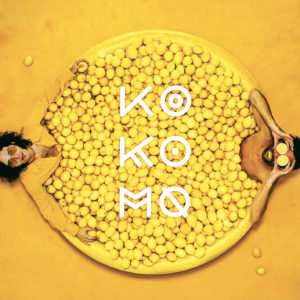 The album swings from the raucous rock of ‘Self Love Age’ to a more sensitive exploration of blues and a dash of electronica in ‘Ready for the Storm’. They show off a political side as well, with ‘White House Blues’, a pumping blues rock track that rips down the Trump presidency with lines like ‘Can’t stand watching the news/Not a move, still shootings in schools/The jester is now the king to amuse/Vladimir his muse.’

Warren and Kevin met while rehearsing with another band. They hit it off so well, sensing a connection in the way that they played, that they decided to embark on a side project instead. Good thing too, as the other band broke up soon after!

The pair have nurtured and built on sounds from the time that classic blues rock was born. One of Mutton’s biggest influences, Irish rocker Rory Gallagher, was another guitarist who was not afraid to put it all out there on stage, getting up close and personal with the audience and, just like Mutton, he could shred a guitar solo with precision, passion and poise. It’s a perfect pedigree to follow and it shows in their music.

Then there is that voice. Warren Mutton has the ability to seemingly transition with ease between a bluesy croon to a screaming falsetto that rivals the great like Ian Gillan (Deep Purple) or Roger Daltry (The Who).

‘Hard Time’, a highlight from the group’s debut album, is a sonically epic rock journey that, when performed live, showcases the jaw-dropping talent that the group have to transfix and coax an audience along for a rollicking rock ride. 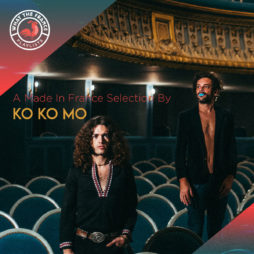